It was fun to bring the gear out again, and get our pump on.  The field was a bit squishy, but the sun was out, the air was crisp and the company was excellent.  With a big group (38 PAX) we did a short warm-up, took two laps, divided into four squads, and descended upon the four stations of 7+ exercises each.  Except for some sprints at the end, we spent the whole morning rotating through stations of dumbbells, jump ropes, bricks, pavers, rocks, ruck plates, flutter kicks, merkins, big boy situps, squats, burpees, etc.   The scheme was designed to rotate through alternating body parts, which seems a great way to limit fatigue, so as to get in MAXIMUM REPS.

I’ll take the rest of this backblast to comment on the topic of…backblasts.  First, thank you to those men who take the time to write back to the PAX, following a workout.  It really doesn’t take too long.  I was able to type in the 38 PAX names in the “tags” field here on WordPress, almost as fast as the names were being spoken in the video name-o-rama I listened to.  I checked out the WordPress stats and the most popular recent backblast was Skeletor’s rather professionally described account of his 2/19 “Block Party”.

Here is something worth keeping in mind about backblasts: take the opportunity to write what you want to write to the PAX.  While the central theme of a backblast is traditionally a recap of the workout, such recap does not necessarily have to be detailed and complete.  You may decide to write a very brief description overall theme of the workout, and fill the space with other observations from the day, such as interesting things discussed there, jokes overheard, or a particularly amusing thing that happened.  It is also a great vehicle for writing to the PAX some thoughts that you might have about F3, what it has meant to you, where you want to see it go next, etc.  If you have the opportunity to read some backblasts from elsewhere in F3 nation, you’ll come across detailed accounts of workouts, but you’ll also be fortunate to read some really deep compositions by some men, and some very entertaining musings by others.

“You can make anything by writing.”
― C.S. Lewis

Saturday’s workout was closed-out with announcements, name-o-rama, and a prayer by Blue Angel.  Welcome FNG Grunt and visitors Torrey Clark and Snots.  I thank you men for Saturday’s opportunity to LEAD. 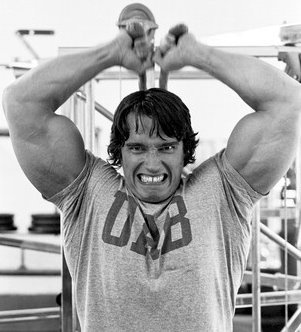 One thought on “The Gear”