Here is a recap of the crazy 31 Flavors workout at the Vulcan. Following a record turnout from the pre-workout ruck, several PAX helped YHC get this overly elaborate shenanigan setup. 31 cones were in place in 2 long parallel lines (designed to make conversation easier during this circuit type workout). Before each cone lay an index card indicating the exercise to be performed and workout tool. Tools included dumbbells, a round river rock, jump ropes, kettle bells, a burpee stick, a ruck plate, a pumpkin, etc.

Following a short warm-up (Arnold says: must take care of the shoulders) and a two-lap mosey of the park track, 35 PAX set up on the cone-marked workout stations. We definitely looked like a bunch of crazies trying to save money by avoiding a gym membership. Perhaps we are. At the end of the long rows of stations was the command position – the simple squat station. The guy on the squat station controlled the tempo as PAX were instructed to perform their stations exercise until commanded to MOVE by the man on the squat station. 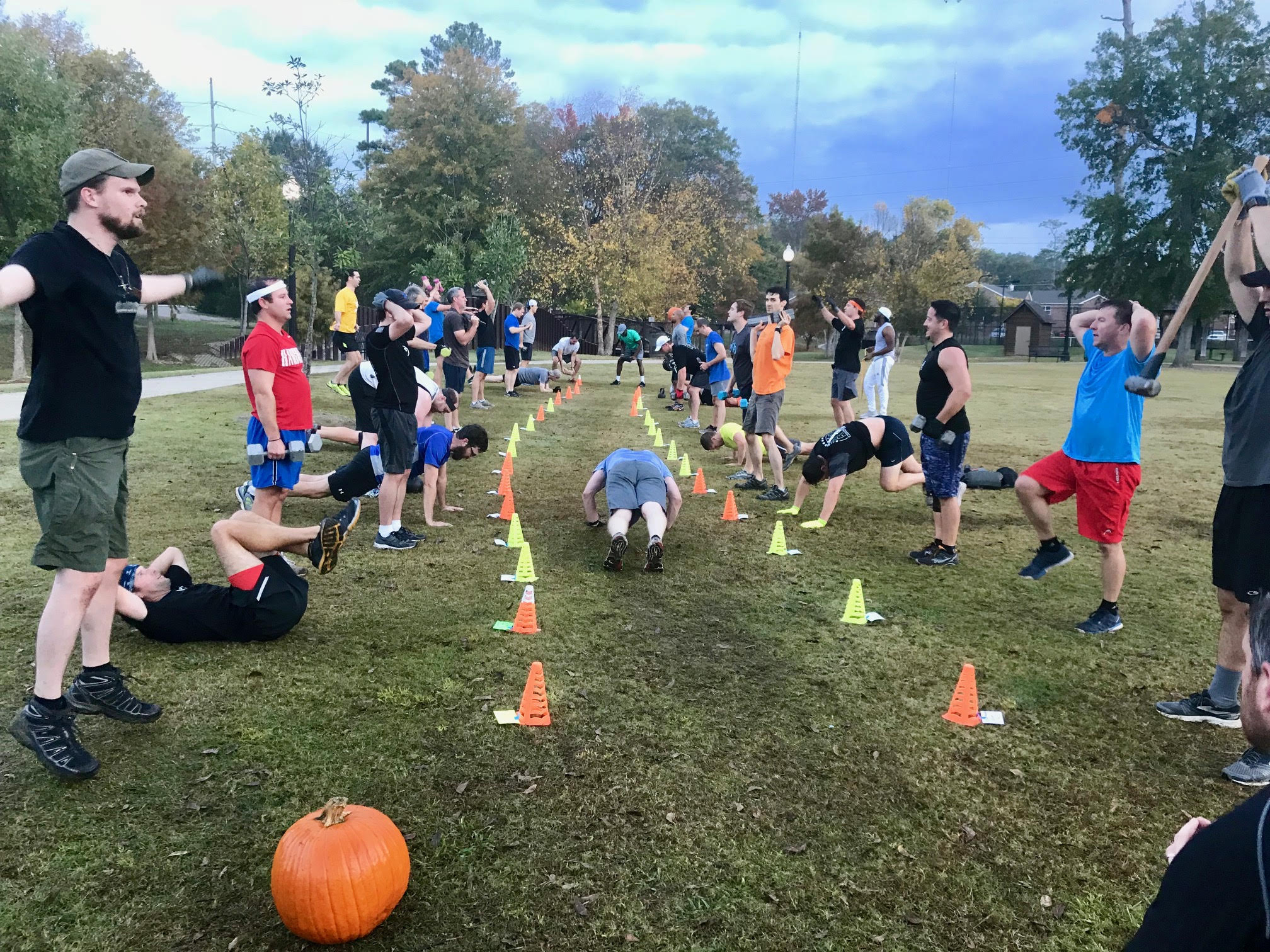 Thanks to Sparrow for requesting that this be documented in a photo.

And that’s how it went down. PAX rotated clockwise to the next station on command to move and save for a few begged for (really) “20 counts” the fun went non-stop until the clock ran out. And yes… YHC played music. You’ve got to have music for a stationary F3 workout (that should be a top 10 rule). As some PAX have already explored, the more unexpected the music – the better (call it part of the “pain”).

I haven’t seen a large group of PAX laughing so much in a while. This workout has a touch of the ridiculous. Hopefully, there was profitable work in it as well. Name-o-rama…FNG naming (welcome Bumble Bee, Mr. Ed and Rambler)…a couple of announcements including an upcoming charity run…and Blue Angel closed things out with a prayer.

31 Flavors, or Gloom’s Gym, or whatever it is to be called, this madness will be improved upon and reprised as it was – at least to YHC – a fun change of pace.

HAVE FUN out there,