13 PAX including one FNG showed up to test their abs and core today in Helena.  Side straddle hops not included.

This was followed by a validator run and core workout – PAX run one at a time (backwards) up the validator and run back down forward.  While waiting, the rest of the PAX performed the following:

This was followed by 50 burpees, a one lap mosey (sprint at the end), a merkin waterfall (5 merkins individually while other PAX planked, then 5 as a team), and 10 pull-ups (extra credit encouraged).  Name-O-Rama with FNG Bling named.

After name-o-rama we discussed the recent F3 podcast regarding fathers and daughters.  Everyone has heard “be a good example for your kids”, but have we thought about showing our daughters what a good man, dating, and love for our wives should look like?  How would we feel if our daughters brought home a boyfriend that was just like us in every way?  We must work every day to eliminate our own bad behaviors if we don’t want our daughters to date boys with the same bad behaviors.  It is also up to us to show them the good behaviors a leader and a man should have.  Date your wife, love your wife, let your kids see that.  Take your daughter on dates, treat them like a lady, open the door for them, pull out their chair for them at dinner.  Show them what a gentleman is.  Strive to be an awesome Dad.

9 PAX showed up to test themselves against the Validator remixed with a classic school yard game.  We were blessed with the coolest weather and lowest humidity we’ve seen in a while.

Leader went up the validator, did an exercise, mosey down and did another exercise with concrete blocks.

PAX followed behind, one by one, after giving the man in front of them a 10 second head start.

Getting up the Validator was accomplished by:

Exercises at the top included:

Played the pop classic tune “U Can’t Touch This” on a vintage Bluetooth speaker for the PAX.

When he instructed us to “break it down” we took a quick break until he let us know break was over by stating “Stop – Hammer Time”.

For the remainder of the song, as you may have already guessed, it was, in fact, Hammer Time. American Hammers were done by the PAX to the beat. Or maybe not exactly to the beat. But they were done continuously.

13 PAX concluded the workout with COT and Name-o-Rama.

16 PAX posted for a cadence, count, and cover your six tutorial.

Mosey to Simmons and back to

Gloom Mountain making sure to go back for the 6

Side shoulder raises x 30 in cadence

Plank to “for the first time in forever”

Mosey including 3 sets of stairs

PAX met it The Middle of our field and divided into 2 groups.

1st group ran from The Middle to their edge and did the selected exercise, then ran back to The Middle.

2nd group stayed in The Middle and completed as many of their exercise as possible while waiting on 1st group to return.

Once 1st group returned to The Middle is was 2nd group’s turn to run to their edge and complete that exercise while the 1st group knocked out the max exercise in The Middle.

Squats with 5 second delays at bottom – surely there’s a name for this? – x 25

Bear crawls to the edge and back

Were there more exercises? Possibly, probably. But fatigue doesn’t help with memory apparently.

To finish it up, should we do 6MOM? Nah. Let’s do 6MOP (6 minutes of pull-ups, which YHC later found out there’s a name for that – 6MOU, or 6 minutes of uncle) (full disclosure, we didn’t go the full 6 minutes due to running out of time and our arms failing to function).

Concluded with COT, Devotion, Lead on Three, and a Merlot Splash.

10 PAX met up on a beautiful Friday morning to do what was described as the easy thing.  Welcome FNG Prince.

Indian Run until all had their turn

Just a simple lap around the playground, stopping at 5 stations for exercises along the way and sprinting in between stations.  What were the stations you ask?  Just basic stuff here:

Rinse and repeat until time runs out.

17 PAX bear crawled all over Gloom Mountain.  Welcome FNG’s Drama and Hooch.  Beaker from Johnson City made a guest appearance as well.

Mosey to Simmons back lot

PAX partner up for a Dora

(Bear Crawl Up Hill and Crawl Bear Down Hill)

All Bear Crawl Gloom Mountain then mosey to the turf

We have been working out at this site for over 7 months, but this is only our 2nd workout as official F3 AO.  The standard is to workout, then go over a short devotional and discuss.  In saying this, we did the standard, but I left off Name-o-Rama and didn’t get a picture.  I knew this BB was a must or what we did this AM didn’t even happen, at least to the F3 Nation.  The Pack knows it went down and pain was handed out like candy on Halloween.

2nd Corner – Minute+ wall sits then different Pax members gave us a 10 second count down, the Mississippi 10 count was no joke (thanks The Donald) – Mosey to corner 3.

3rd Corner – Merkins IC – Pax members took turns taking charge – Mayhem, Crutch, The Donald. Each made it a Merkinathon!  – Sprint to corner 4 back down to Corner 3 and back to Corner 4.

Stairs – Each member had to hit the stairs twice.  The Pax took turns mixing up workouts every 2 members.  Let’s just say the Jane Fonda wasn’t accepted as offering a solid F3 image.

I asked Crutch if he wanted to ensure the lessons were taught at a high level and end the morn.  He obliged by testing our skills that weren’t in the previous lessons.  Remember those teachers?  His idea of fun:

10 burpees sprint the parking lot then 20 squats – Rinse and Repeat while going down by numbers of 2.  We made it to 4 burpees before having to meet for the circle of trust.

Did we pass?  It looks like we have to finish the Exam, so until next time!!

Best part of the morning.  At this location, we share a short devotion and have discussion.  Great time to share life and learn more about your brothers.  Great message today from multiple guys.  Guy laid down some true wisdom on his first visit to ThePack (much appreciated). Yes, he brought F3 Birmingham’s mascot Duke.  We ended in prayer.

I’ll have pictures for next beat down!

YHC enjoyed what I believe to have been only my second Q at The Forum.  Here is a quick Backblast to commemorate that workout.

Conditions: 50 and warming, dry, full sun…as good as it gets.
PAX: 16, including FNG “Roadrunner”
WARM UP
IC SSH
IC Imperial Walker
IC Arm Circles > Raise the Roofs
SC GF (“Good Form”) Merkins
MOSEY TO SUPERMARKET
(YHC caught some flak during the mosey for referring to Walmart’s small grocery store format as a “supermarket” – not be confused the company’s larger Supercenters. After a quick google search, I stand by the chosen terminology. https://en.wikipedia.org/wiki/Supermarket )
In front of the…market…we did, to the amusement of a few early arriving employees:
IC Shoulder Taps
SC WWI Situps
SC Sumo Squats
Slow GF Merkins
IC Flutter Kicks
THE SNAKE
The meandering climbing sidewalk that cuts through the eastern edge of Wald Park (and on through that section of Vestavia Hills), was dubbed “The Snake” for that day. After moseying to The Snake, we took off on a run up the path, in pairs, roughly 15 seconds apart. Each telephone pole along the way was a “snake bite” requiring 2 burpees. As PAX finished at the end, The Donald led everyone in that planking/arm lift thing.
LITTLE BEAR HILL
At the steep grass hill at the end of that portion of The Snake, in 2 waves, we bear crawled up and shuffled back down. Rinse and repeat.
THE SNAKE, AGAIN
After moseying to the bottom of The Snake, we went the full length, in new pairs. This time, we lunged the whole distance. The snake bites were 5 GF Merkins at each pole. YHC was paired with 3PO and got to listen to his watch periodically inform him in a female C3PO-like voice, how many calories he had burned. We planked again at the end, were PAX got a preview of the 3PO’s enthusiasm for leading something called a “core workout”.
MOSEY TO BENCHES BY THE TRACK
Here…dips and declines…repeated a few times

MOSEY TO THE FLAG
Back at the flag, YHC called on unsuspecting PAX to command us into another 10 or so exercises. It worked out well.

COT
I didn’t realize it at the time, but one man among us, Copay, had not been around in quite some time. He was at our very first workout, a founding father of F3 Birmingham. Welcome back Copay. During the name-o-rama video, The Donald knocked my water bottle all over me, and pretended it wasn’t intentional. Jiffy closed us out in prayer. We put in some work that morning, and I really enjoyed my time out there. I hope that most others can recount the same.

EPILOGUE
We’ve got a couple of 2nd F events coming up. Please prioritize these, particularly the Anniversary Toast on May 4th at 8 p.m. at Oak Hill, being Q’d by Stuntman. We’ll have workouts this week, next week, the week after that, and the week after that. We are doing great with getting in 1st F. But the 2nd F opportunities are just as important, and there are much fewer of them. We’ll have two workouts during our F3 Birmingham Anniversary weekend. We’ve also got PAX doing a CSAUP (Homewood 5K). If you can only get to one event — make it to The Toast. Even if you just stop by for one pint, and even if you don’t drink….make an appearance. #FELLOWSHIP 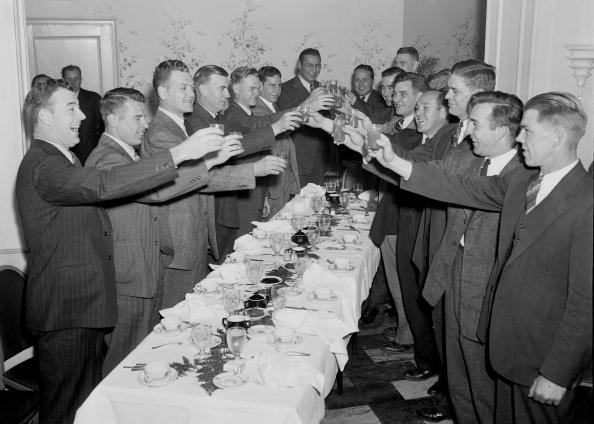 F3BHM One Year Anniversary Celebration (Stuntman)
Stuntman has wisely moved the event to FRIDAY NIGHT, MAY 4TH to avoid crossover with the We Love Homewood Day celebration on the 5th.  May 6th marks the one year since the first F3 workout in Alabama.   To celebrate this triumphant occasion PAX will likely raise a glass in a toast (hopefully several toasts) at 8 p.m. (exact time and confirmation location coming soon).  If you can bring your M, or girlfriend, do so.  If you can only manage to duck out alone, after the kids are in bed, that will do.  Just be there to join your F3 brothers in celebration. Don’t miss this. 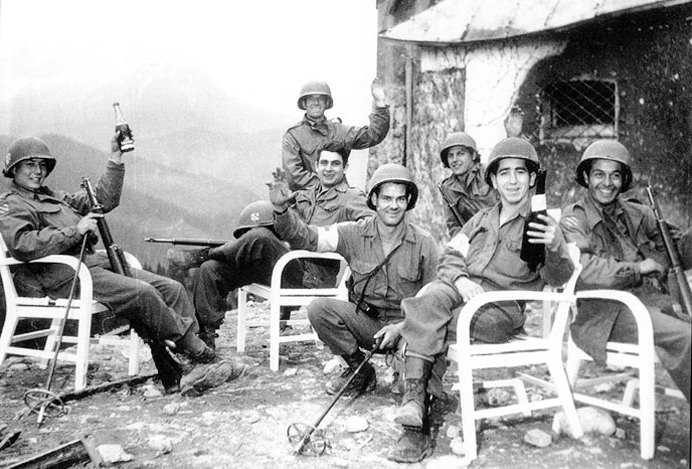